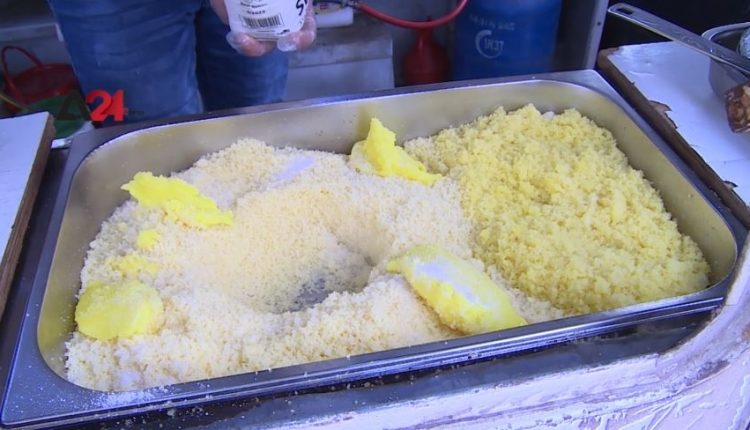 Palestine- Mbsbas, a neglected dessert that revived amid the tough conditions

The hard economic conditions Othman Al-Ashhab is living in compelled him to think out of the box so that he would not remain unemployed. He came up with the idea of reviving the “mbsbas” dessert that had long gone in Hebron city. Al-Ashhab states that he had learned how to make “Mbsbas” from his parents and he makes it now due to the difficult circumstances yet it became his livelihood.

Palestine: The Central Elections Commission Calls Upon All Factions and Citizens to Participate in the Elections

Syria: The Project to Pump Water from the Euphrates to Hasakah is to Start Its First Phase