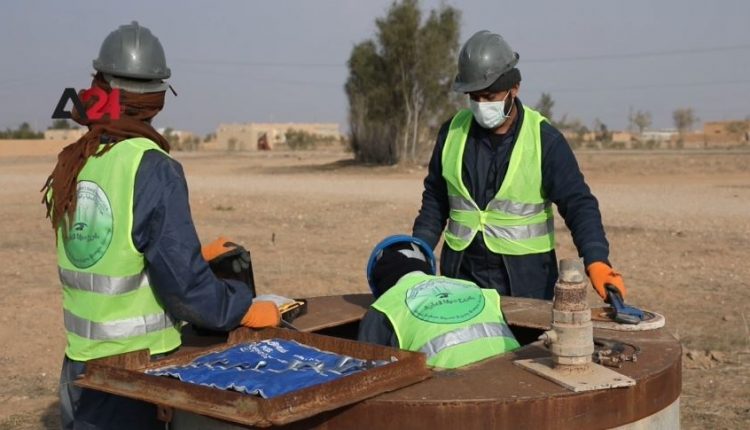 Syria: The Project to Pump Water from the Euphrates to Hasakah is to Start Its First Phase

The Directorate of Drinking Water in Hasakah started the two-phase project of pumping water from the Euphrates to Hasakah. In the first phase, water lines will undergo some maintenances while in the second phase, water stations will be renovated. The co-chair of the Executive Council of the Democratic Autonomous Administration region, Talat Younis confirmed that the project will only cover 20% of the water need of Hasakah and its countryside, with a total cost of one million dollars and a half. The project is due to end next March. The water crisis was fanned by Alouk water station’s decision to cut off the water supply, run by the Syrian opposition forces.

Palestine- Mbsbas, a neglected dessert that revived amid the tough conditions

Syria – Uzbekistan brings back 92 women and children from ISIS families