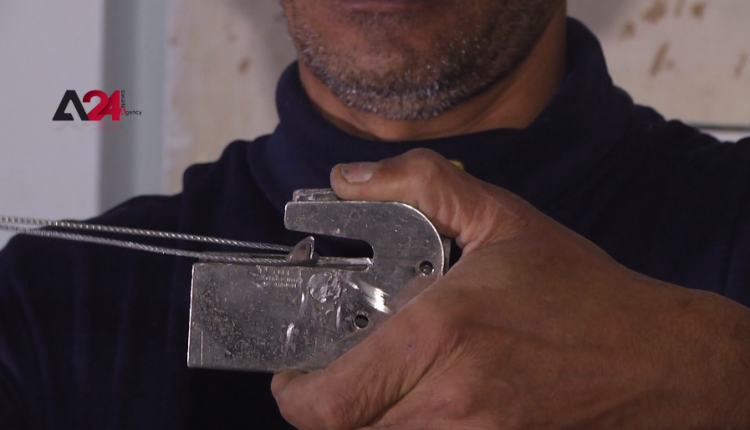 Through 14 years, the siege consumed the life of the youth in Gaza, and Haitham Nasr’s arrow didn’t hit any target, but even after several attempts he never gave up. Haitham is fond of making primitive cold weapons, like bows and arrows and he hangs them in his house, however, once he decided to carry them all and display them in one of the popular markets for sale. For Haitham, bows, and arrows making is more than just a means of sustenance, and the prices of Nasr’s arms range from around $ 90 to $ 150. He makes them in a narrow corner inside his house, where making one piece takes at least one week to be done, which can extend to a month if it contains many details. Haitham displays his arms on his “Facebook” page paying attention to gain the admiration of people there, and he wouldn’t be happier if the admiration was real.

Palestine – With his amputated arm, he challenges the disability, “Al-Daour” from medic…