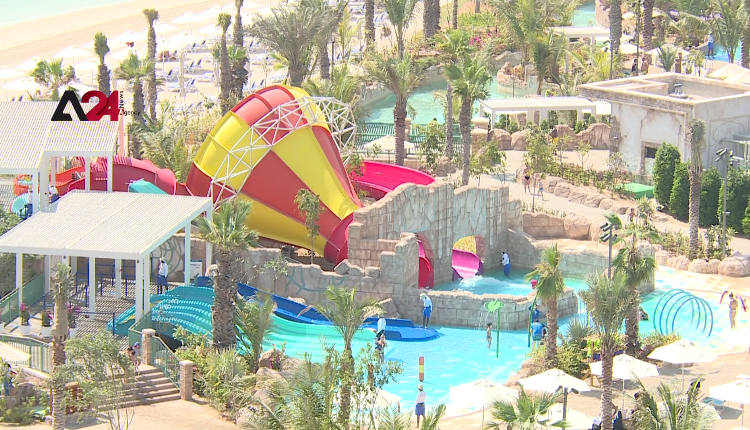 With a brand-new water slide and two towers,  Aquaventure waterpark in (Atlantis, The Palm) in Dubai reopened its doors on March 1. The Vice President of Atlantis The Palm, Sasha Tremer illustrated that the massive expansion has increased the venue of the city by a third. Accordingly, Aquaventure Waterpark is set to be one of the largest water parks in the world, especially in light of the spectacular Trident Tower, Splashers Lagoon, and Splashers Cove, in addition to 28 slides and another two new towers. Aquaventure Waterpark is an exceptional tourist attraction that brings extraordinary entertainment experience with many water and beach games. It is classified as the best water park in the Middle East and the third-best water park in the world, according to Trip Advisor Travelers Choice Award. The waterpark offers a giant slider, which passes through a lake surrounded by sharks