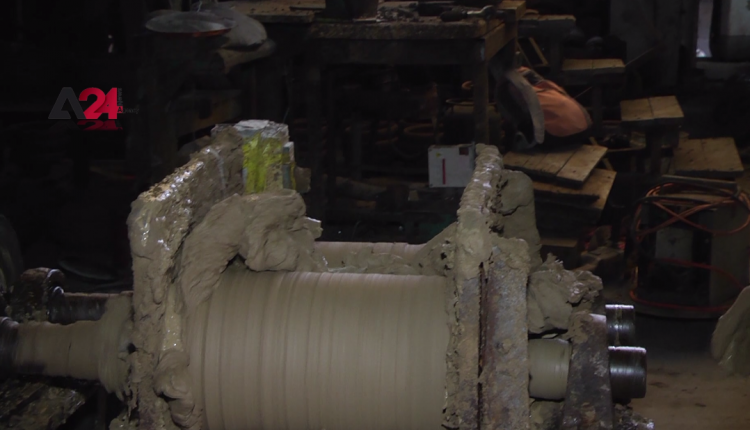 Pottery is one of the most significant and oldest crafts known to Palestine four thousand years BC, and Gaza ranked the first in Palestine in the production of pottery vessels, which now fights for its survival amid the technological advancement that invaded all parts of the world. Craftsmen pass the career to their children to preserve its continuity, for it is a source of livelihood and a lifeline for them. Pottery factory owners point out that despite the poor demand for some pottery vessels, pottery still retains its historical position and they produce only at the request of customers. Sayed Atallah, the owner of one of the factories in the city, stated that the profits of this industry are very small, and nearly reach some of our everyday requirements, owing to a shortage of sales and the limited exports resulted from the invasion of plastic, glass and metal industries that are imported from China and foreign countries, which are cheap in prices as well as the poor materials they are made of.

Syria – After ISIS stopped their progress, a local public radio station continues following up the crisis in Syria

Palestine – In front of UNRWA, a vigil against the decision of refugees’ aid reduction