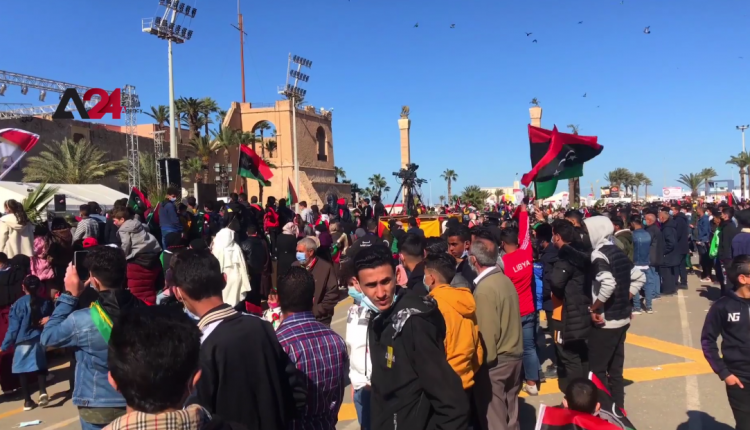 To mark the anniversary of the February 17th revolution, Libyans from all around the country held celebrations. Libya is going through a transitional phase amid crippling challenges that aren’t different from those that accompanied the fall of Colonel Muammar Gaddafi’s regime. However, people are still pinning hopes that they will realize stability. Hundreds of Tripoli’s residents gathered in Martyrs’ Square to mark the anniversary of the revolution amid a tightened security grip, where security forces were deployed, who then blocked the roads that lead to the Martyrs’ Square in Tripoli. Widespread celebrations were held in other Libyan cities including Zuwarah, Zawiya, Ghat, and Awbari‎

Cambodia- Muslims protest over an attempt to seize their cemetery

Libya: A New Mass Grave Was Discovered in Tarhunah