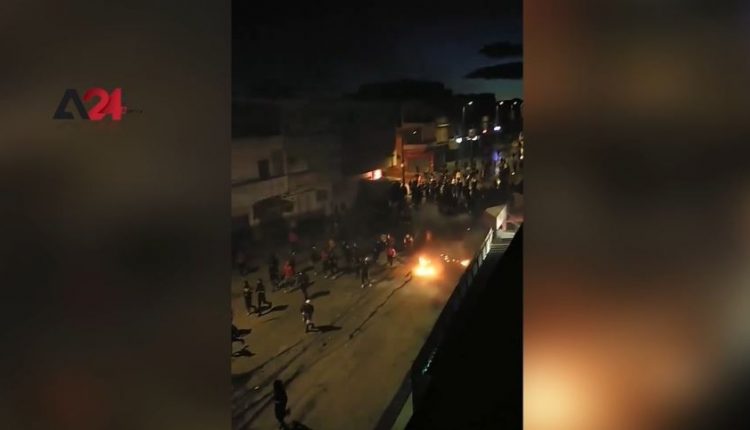 Confrontations between Tunisian police and demonstrators began in Tunis, Sunday night, as national demonstrations against the police and the economic crisis approached its second night. Tens of demonstrators set up checkpoints and fire to block the streets about 130 kilometers from the capital, Tunis. The demonstrations started in Siliana and other cities on Friday, after a video clip shared on social media platforms showed a police officer shouting and pushing a shepherd whose sheep had entered the headquarters of the local government. The spokesperson for the Ministry of Interior, Khaled Al-Hayouni, stated that the security forces and the National Guard “have effectively reacted on Saturday night to the attempts to steal and plunder public and private property during riots that took place in parts of the country.”

Iraq- 385 journalists attack have been reported in Kurdistan

Iraq- A barber style the hair of displaced children for free

Tunisia – Enaba cafe attracts its visitors even after 850 years