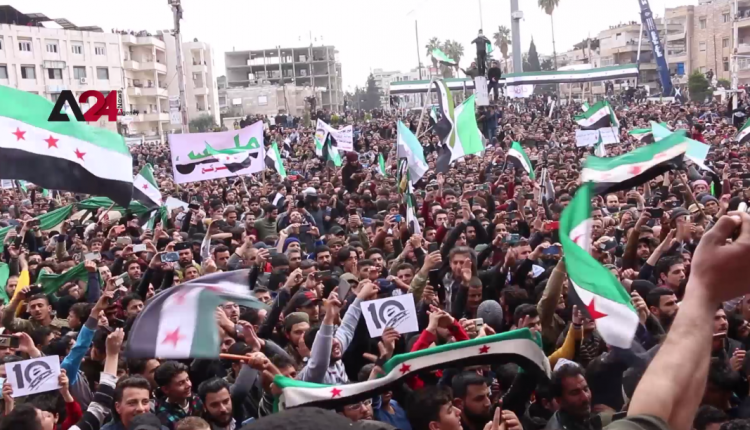 Today, Monday, thousands of Syrians have protested, in Clock Square, Idlib, marking the 10th anniversary of the Syrian revolution against the Syrian government, which is taking place on March 15th. The protestors raised slogans stressing the renewal of the revolution and that it proceeds until its objectives are achieved.  They also called for bringing down the Syrian regime and releasing the detainees.

Syria- After the Death of al-Baghdadi, al-Mawli Works