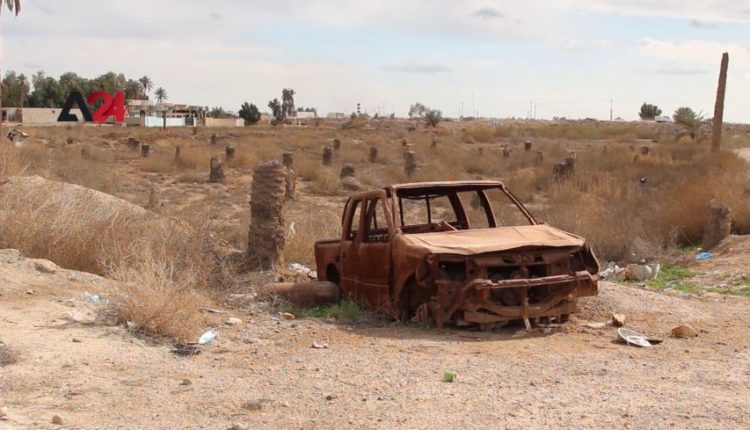 1 file(s) 554.33 MB
Download
The number of palm trees in Iraq has declined from 30 million to nearly 10 million palm trees within 30 years. The palm types are also endangered and the palm research centers are weak, however some demand to revive palm plantations and removing obstacles farmers face especially those displaced by ISIS in Anbar Governorate. Experts on agricultural matters in Iraq pointed out that the war contributed to the migration of farmers from their plantations, which subjected the environmental and agricultural infrastructure to serious damages, as well as to water problems, high salinity, and bombing and cutting of palm trees by ISIS groups. The Head of Anbar Agriculture, Dr. Muthanna Sabti, stated that the war and the population sprawl on the palm groves, which is a major problem for the green space in Mosul city, as it has become impossible to urbanize towards the west of the desert city, so the sprawling is heading towards the southern and eastern area of the city as well as the migration of many farm owners to other cities seeking safety.