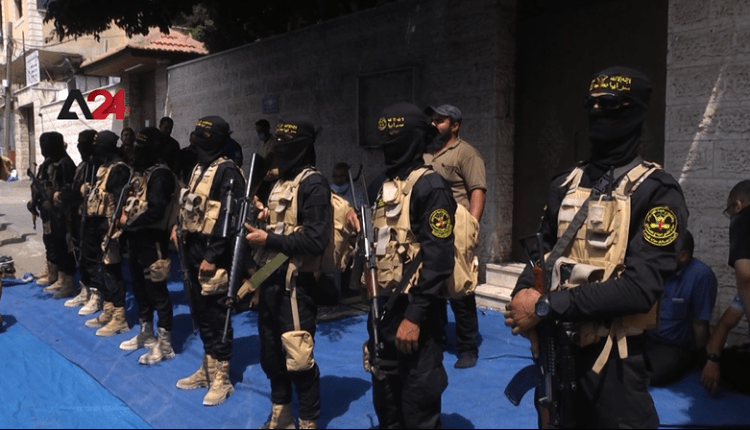 The military factions and the national and Islamic forces in Gaza held Friday prayers in front of the headquarters of the International Red Cross. This call was a message to the human rights and international institutions to defend the prisoners. The leaders of Hamas and some Islamic parties in Gaza demanded to stand by the Palestinian detainees in Israeli prisons and the repression they are subjected to after the escape of six detainees from Gilboa prison. The Palestinian factions warned of the consequences of the Israeli security forces’ repression of protestors in Jenin.