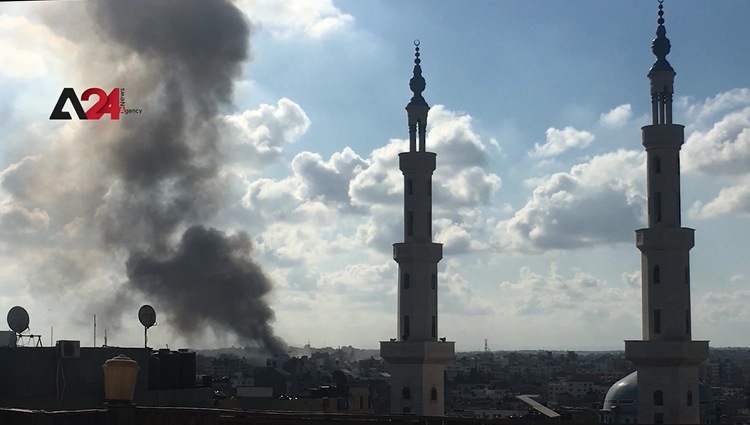 Palestine – A mysterious explosion rocks the Zawiya market in Gaza

A number of Palestinian citizens were injured this morning, Thursday, due to a mysterious explosion that occurred in the center of Gaza City, Palestinian sources stated that a large explosion occurred in the Al-Zawiya market in the center of Gaza City, injuring ten citizens and the condition of one of them is in danger, and the explosion caused damage to a number of shops.  For his part, the spokesman for the Ministry of Interior and National Security in Gaza, Iyad Al-Buzum, said that an explosion occurred in the Al-Zawiya market area in Gaza City, causing injuries and damages. Al-Buzum explained in a press statement that the police, civil defense and ambulance forces are dealing with the event to evacuate the injured and investigate the causes of the explosion. Attention is drawn to the fact that the location of the explosion that occurred today is a warehouse containing rockets and ammunition belonging to the Hamas in the Gaza Strip, which has not yet announced the causes of the explosion.

Palestine: On Eid al-Adha, Only A Few Kids in Gaza Can Afford Paying for outdoor Games