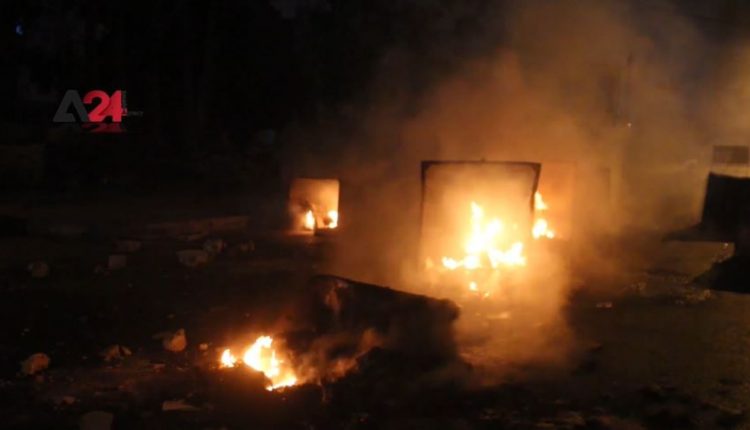 Lebanon: Resentment Among Shiite Members over Hezbollah’s Practices is Aggravating

Shiite incensed protestors in Tripoli are escalating their rallies against Hezbollah and its allies for the disastrous economic collapse. Indignation among protestors culminated in an attack on a convoy for Abbas Ibrahim, head of Lebanon’s top intelligence agency, following condemnation of statements made by President Michel Naim Aoun. Protestors blocked main roads after days of escalations. Hence, experts of the political arena warned of an imminent catastrophe. Dr. Layal Mansour, a researcher in Monetary economics, explained that Hezbollah is blamed for the political turmoil engulfing the country which will ultimately lead to an internal coup. It is worth mentioning that demonstrations broke out after the currency’s value hit a new low

Iraq: UNESCO Launches a Training Session for Female Officers on Mechanisms to Promote the Safety of Female journalists in Iraq