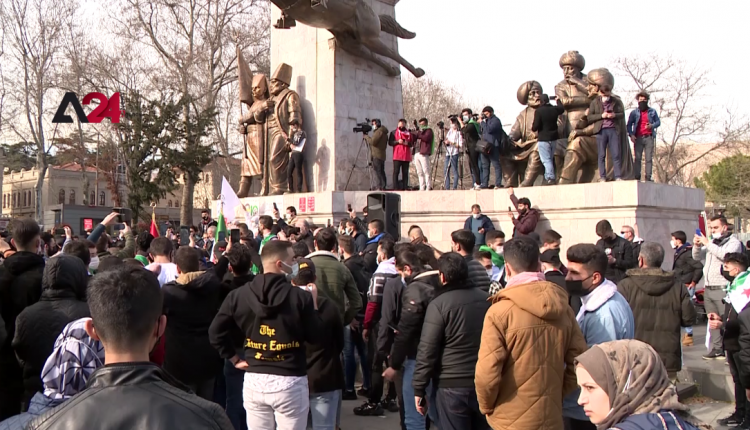 Turkey: Syrians Commemorate the 10th Anniversary of the Syrian Revolution in Istanbul

Under the patronage of revolutionary Syrian entities, thousands of Syrians gathered today in Fatih to commemorate the 10th anniversary of the Syrian revolution against the Syrian regime. Protestors called for reviving the revolution, overthrowing the regime, and releasing prisoners. The rally, which marks the 15th of March, was attended by Turks and Syrians, who gathered at Al Itafia Park in Al Fatih . Activists raised banners; one of which reads” Fools believe this revolution will be defeated, but indeed it won’t stop until securing victory”. Another banner reads “If you want to wipe out a revolution, stir sectarian and religious disputes”. Another reads ” martyrs’ blood won’t be neglected”

Turkey – Bazaar of antiquities in Istanbul, a touristic destination for many years

Turkey: The Growing Number of Arabic Bookstores In Istanbul Draws the Attention Of Arab Readers

Turkey – Drip painting, from a talent to a source of livelihood for a Syrian lady