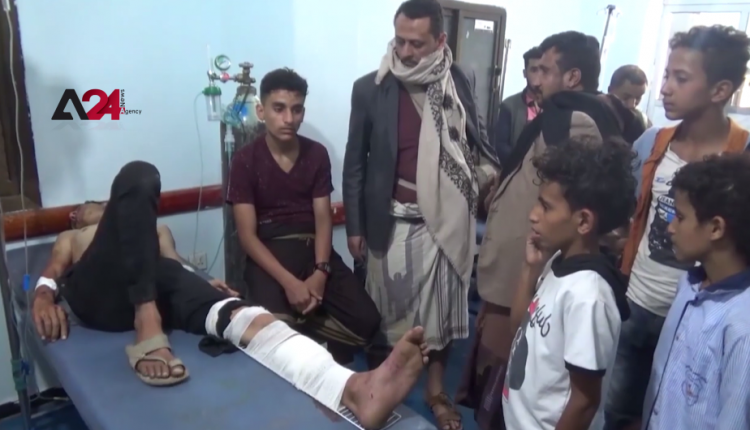 At least six kids were injured by shell shrapnel fired by Pro-Iran Houthi militias at Ar-Rawdah in the centre of Taiz. Local sources illustrated that those kids were injured when they were leaving the school, who were then rushed into the hospital.  During last week, Houthi militias targeted Al-Zubairi School in Al-Nisiriyah neighborhood incurring material losses and one causality. Houthi militias ramped up launching artillery fires on public facilities and residential areas in Taiz after the legitimate government forces took over areas in the eastern and western regions of the city

1 file(s) 207.12 MB
Download
When you download this material, you are entitled to use it with ARAB24 logo within 3 months from the date of downloading it without using it commercially / renting it / re-selling / re-publishing / distributing it / without the written permission of ARAB24, the exclusive owner of the material.
Contact Our Sales Department for Video Without our Logo: Newsdesk@a24na.com
25
Share FacebookTwitterGoogle+ReddItWhatsAppPinterestEmailTelegramLINEViberPrintLinkedin

Yemen: Ramadan Decorations and Fanouses Light up the Murky Nights of Aden