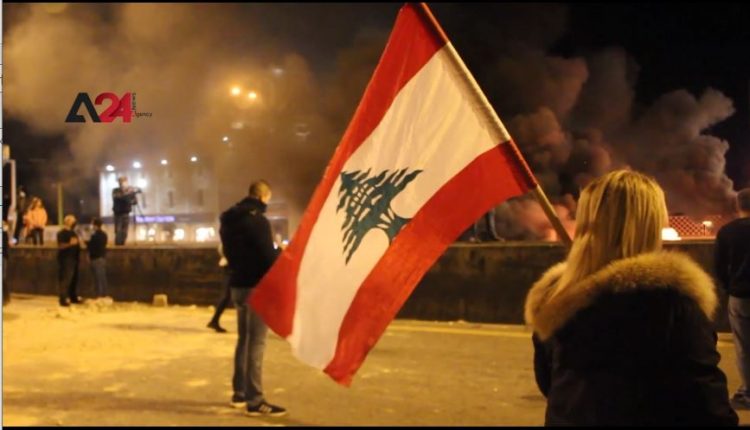 The roads in several Lebanese areas have been blocked by the protesters for the fifth day in a row, protesting against the worsening living conditions, and demanding the disarmament of the Lebanese Hezbollah. Meanwhile, 7 people were injured during a run over accident during the protests in the Choueifat area, Mount Lebanon Governorate, whereas several protesters gathered in front of one of the entrances of the parliament is in downtown Beirut following their gathering in front of the Central Bank of Lebanon in the Hamra district, Beirut. They denounced the financial policy of the bank’s governor, and then they marched towards the Riad El Solh Square, chanting slogans “People want to bring down the regime”. The popular protests took place last Tuesday when the dollar exchange rate hit 10,000 Lebanese Lira, and it sparked to all the northern and southern Lebanon areas including Mount Lebanon, the capital Beirut and its southern suburbs.

Iraq – At “St Joseph” Church, The Pope holds the first mass in Iraq