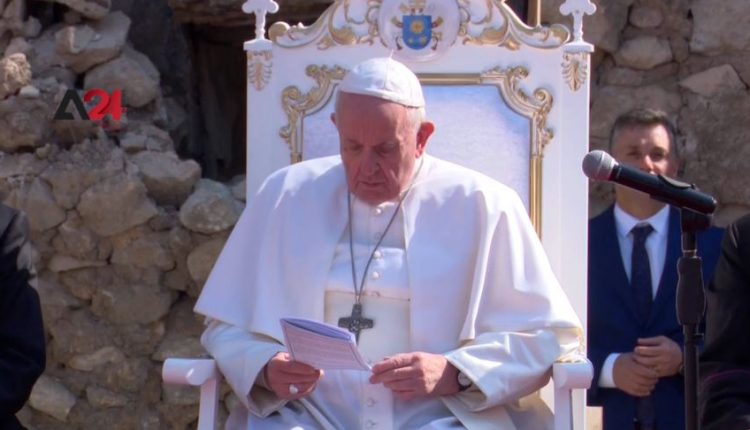 Pope Francis has started his visit to Mosul, the former stronghold of ISIS, today, Sunday. He offered prayers to the impacted by the war in Mosul at the Hosh Al-Baya Church. The Pope stated in his speech that the horrific decline in the population of Christians in the Middle East is really serious and cannot be estimated. Meanwhile, the Pope has inaugurated a monument to the dead and prayed for the victims of wars and armed conflicts, emphasizing, during his prayers, that dozens of Muslims, Christians, Yazidis, and others had been forcibly displaced or killed. On his journey, the Pope visited, in an armored car, the church that was demolished in 2017 in a fight to remove ISIS. On the last day of his historic visit to Iraq, The Pope was transported by helicopter from Erbil to Mosul, accompanied by five Iraqi military helicopters. He toured to the Qaraqosh town, destroyed by ISIS in 2014, where he met the Christians of the Nineveh Plain.