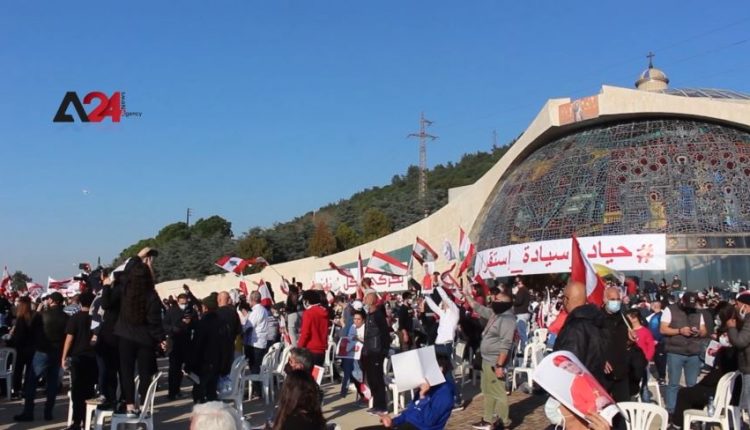 Thousands of Lebanese have assembled before the Maronite Patriarchate House, Bkerki, Keserwan district, raising Lebanese flags and pictures of the Maronite Patriarch stuck to their cars, demanding the Maronite Patriarch, Cardinal Mar Bechara Boutros Al-Rahi, to organize an international conference on Lebanon. The Patriarch Al-Rahi stated in his address to the crowds that the withdrawal of the state from the state of neutrality is the primary cause for all the national crises and conflicts that have been taken place in Lebanon, pointing out that old and current experiences have proven that every time some had taken the regional or international side, the people would have been divided, the constitution suspended, the state disrupted, and the national formula worsened. He called on the protestors to rise up and not to stay quiet about their rights and demands, especially on Hezbollah’s arms and its reliance on Iran.

Tunisia – Amid a government-parliamentary crisis, a nationwide protest by Ennahda movement to protect institutions