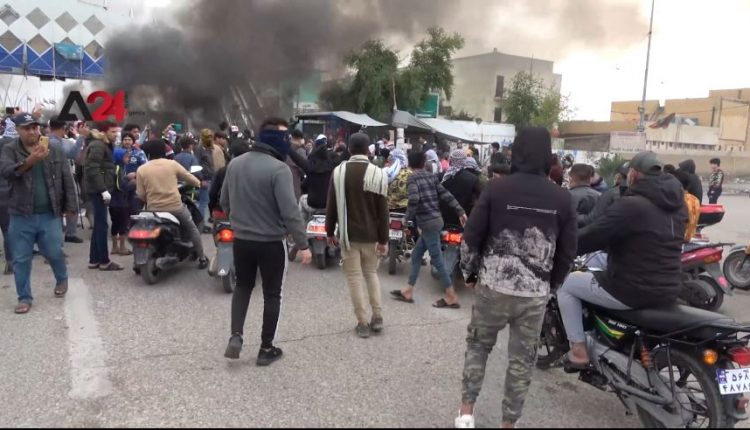 Demonstrations riled up again in Al-Kūt in Wasit Governorate – southern Iraq to demand dismissing the local government and to hold the murderers of protestors accountable along with releasing detained activists. This came after protestors gave the head of the National Security Agency, Abdul Ghani Al-Asadi a time-limit to fulfill their demands. Tens of incensed protestors, whose demands weren’t met despite the ultimatum,  clamoured for expelling  Wasit Governor, Muhammad Jamil Al-Mayah and his deputies for failing in assuming their duties and in administrating the governorate.  To pile pressure on the central government to take any action and dismiss the local government in Wasit, protestors blocked the roads that lead to the downtown. Protestors threaten to flare up by different means reaching all parts of the governorate

Iraq – On the International Women’s Day, Organizations honor the victims of the Siwan Cemetery…