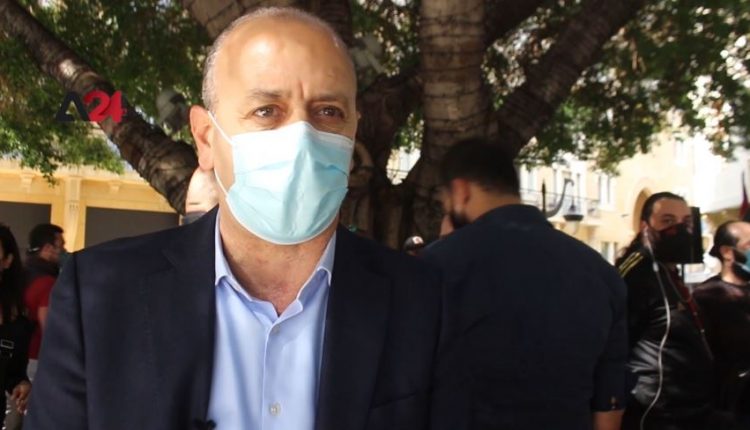 “We are all Luqman Salim” is the slogan raised by several journalists and activists who held a vigil in Samir Kassir Square, Beirut, to denounce the assassination of the Lebanese political activist, opposed to Hezbollah, Luqman Salim. The protestors raised the Lebanese flag and chanted slogans condemning the assassination of Salim, attacking Hezbollah, which Salim was one of its most prominent opponents. The Secretary-General of the Kataib Party, Serge Dagher, stated that this is not the first time suppression, killing, and assassinations are used against the free opinion leaders in Lebanon. Dagher pointed out that Lebanon will survive out of this hegemony and the system of corruption and criminality and there are many powers of change in the country are gathered here to stress the new beginning for a Lebanese revolution and uprising, adding that our message should be clear to them. No fear, no holding back, no compromises.
It is noteworthy that Salim, 58 years old, a prominent activist and opponent to Hezbollah, pro-Iran, was found dead in his car in the Adousiya, southern Lebanon, while the country’s judiciary stated the launch of an investigation into the circumstances surrounding the assassination.

Tunisia – A march in Tunis commemorating the killing of Chokri Belaid