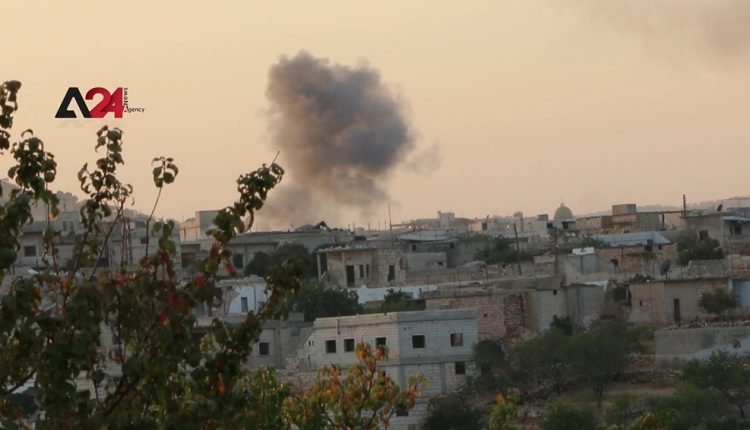 Citizens of Zawiya Mountain, southern Idlib, still suffer by the worse health conditions in the absence of humanitarian organizations and the lack of medical services and hospitals in the area, even after months of the organizations and hospitals withdrawal, under concerns of Iranian militias shelling on Kafr Nabl, Hass and Hazarin towns. Citizens state that the first barrier to the resumption of the services to their area is that the medical staff worries about the expansion of Iranian militias, and according to the estimation of the United Nations Office for the Coordination of Humanitarian Affairs (OCHA); around one million civilians were forced to leave from the northern countryside of Hama and southern Idlib in the north during the military operation led by the Iranian militia. However, more than 220 thousand civilians opted to return to the town amid the ongoing violations, which amounted to 2793, according to a statement released by the “Syria Response Coordinators” team, which killed 29 people and targeted 13 critical facilities.

Iraq- Experts- Reconciliation between Washington and Tehran is a Farfetched Matter

Syria: ‘Harmonia After the War ‘ A Documentary that Sheds Light on ISIS Victims from…

Syria: ISIS Ideology is the Most Radical and the Gravest Thoughts to be ever Held by Youths