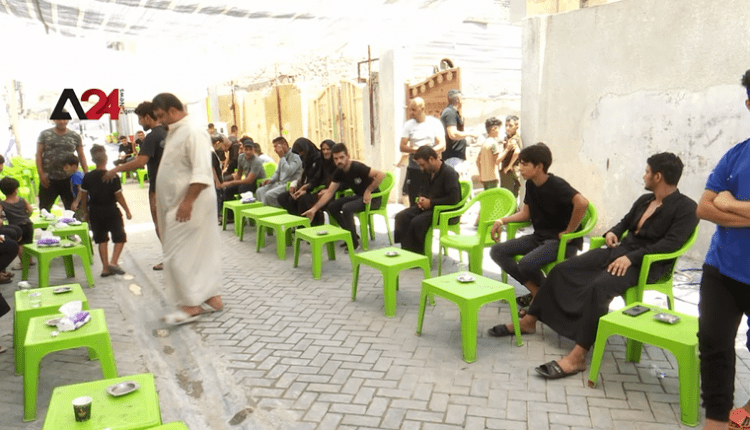 The neighborhoods near the popular market of Al-Waheilat in Sadr City, east of Baghdad, have turned into mourning homes for the victims of the market bombing that took place yesterday evening, Monday, in the middle of sorrowful atmosphere, the people blamed politicians and clerics as a result of the upcoming elections. The citizens criticized the efforts of the security and intelligence services to protect the lives of citizens from the violations that claimed the lives of dozens of innocent people and wounded, most of them were women, children and youth.

US-Upon King’s Arrival to the US, Jordanian Residents Gathered to Welcome his Majesty