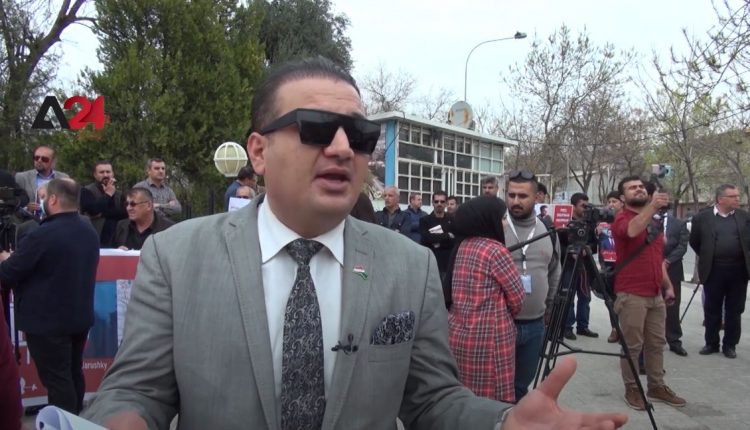 Lawyers, jurists, and activists have held a vigil in Sulaymaniyah against the verdicts handed down by the Erbil Criminal Court, and 6 years jail sentences against five journalists and civil activists in Duhok and Erbil who had been detained months earlier on charges of “spying, riots and coup attempt”. The protesters questioned the decision of the Second Criminal Court in Erbil and the seriousness of the independence of the judiciary in the Kurdistan Region, calling the lawyers representing the detainees in Duhok to resume their work to appeal jail sentences to the Kurdistan Region Court of Cassation. Based on the statistics of the Kurdistan Region Human Rights Organization, more than 300 people have been arrested by the Kurdistan Regional Government, since last August, on charges related to “organizing protests and riots”, most of them from Duhok governorate, and more than 50 people are currently behind the bars.