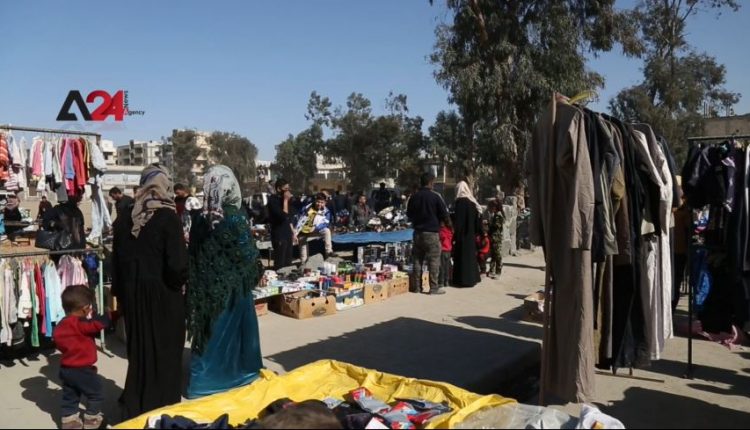 Raqqa city, northern Syria experienced a dramatic decline in living standards, due to the devaluation of the Syrian lira against the US dollar, which has negatively affected the lives of citizens who returned to their homes after ISIS had been expelled from the city. The new phenomena appeared in the city as a result of the opening of the second-hand clothing market in the Bayda Park, city center, where it was met with high demand by the people due to their inability to buy new clothes from the city markets. The Bayda Park market has used European clothes, shoes, and others. Meanwhile, citizens see that this market is good for them, as they can buy whatever they want at a lower rate.

Syria – Al-Firdaws, a Raqqa-based relief kitchen that serves meals to widows and orphans