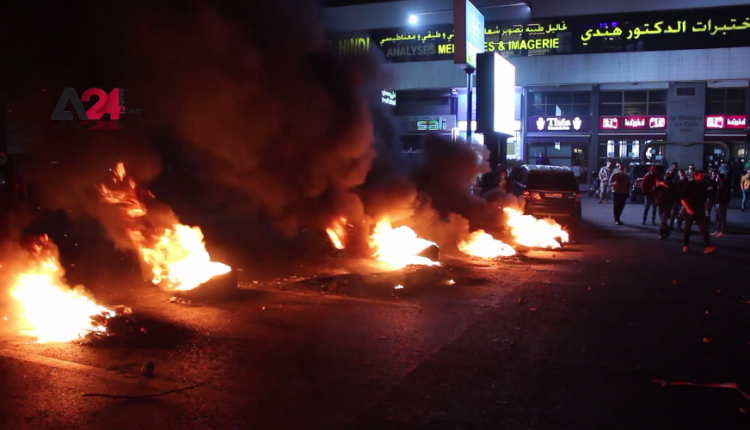 Incensed protestors took to the streets in different parts of Lebanon and burned tires to block roads in Beirut after the Lebanese pound tumbled to an all-time low of 10,000 Lebanese pounds per one U.S dollar. The political powers failed to agree on the formation of the new government, assigned to Former Lebanese Prime Minister Saad Hariri, which fanned an economic meltdown and deepened abject poverty along with internal turmoil. Protestors voiced their support to Lebanon’s Cardinal Mar Bechara Boutros al-Rahi who called for Lebanon’s neutrality and to hold an international conference under the supervision of the UN to address the gloomy reality of Lebanon. Moreover, they were vocal about their apprehension of Hezbollah’s hegemony in Lebanon, as they clamored for handing Hezbollah’s weapons to the Lebanese army. They also demanded eliminating Iranian influence in Lebanon, represented by the unswerving loyalty of Hezbollah