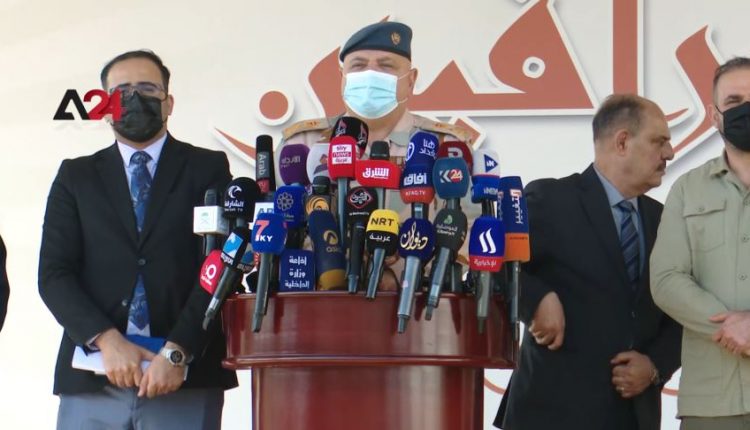 Iraqi Journalists Syndicate held a press conference on a set of resolutions adopted by the Iraqi National Supreme Health and Safety Committee to combat the second wave of Covid 19. Iraqi Joint Operations spokesman, Major General Tahsin al-Khafaji confirmed that it will take a tougher line to implement the committee decisions, underscoring the fact that it is a matter of national security. Iraqi military spokesman Brigadier General Yahya Rasool indicated during the press conference that was held in cooperation with the Ministry of the Interior and the Ministry of Health that the military staff members aren’t exempted from the lockdown, as they aren’t allowed to move after their working hours, and without wearing their uniform. He added that the lockdown may be extended in case people didn’t adhere to the measures adopted by the committee. The spokesman for the General Directorate of Traffic illustrated that uncommitted citizens will be fined 50 thousand dinars for each vehicle carrying more than 3 people. The external roads will remain open, including Muhammad Al-Qasim Road, the Canal, and the airport express.