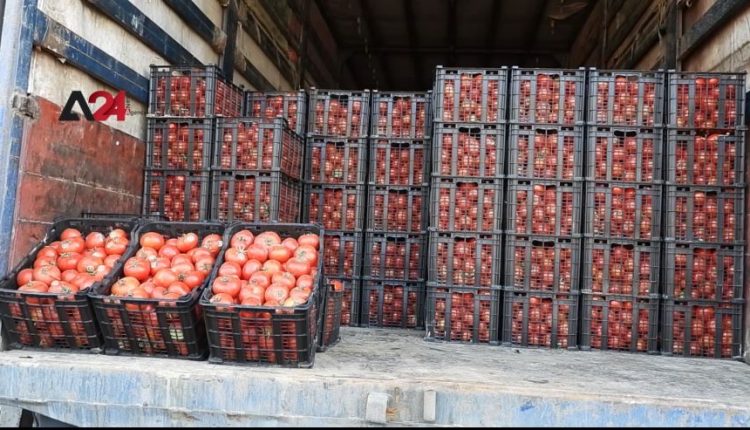 Iraq: Iranian Tomatoes Are Flooding Iraqi Markets Despite a Ban on Importing them

Iraqi merchants warned of Iranian dealer’s manipulative practices that aim at undermining the Iraqi domestic production by flooding the markets with cheap Iranian tomatoes, driving citizens into buying their products instead of the domestic ones. Merchants added that hundreds of loaded trucks head to Iraq despite the fact that the government had banned importing after realizing self-sufficiency. The agricultural advisor at the Sulaymaniyah Chamber of Commerce and Industry,   Wasfi Khalil affirmed that Iraqi parliament resolved not to import tomatoes after a report was issued from the ministry of agriculture confirming that Iraq has reached self-sufficiency of Tomato. The Spokesperson for Iran’s Customs Office, Ruhollah Latifi clarified that Iraq is at the top of the list when it comes to importing tomatoes, hitting an amount of 125974 tones, worth 57.37 million dollars

Iraq – Christians of Mosul, a demographic change carried out by PMF in the Nineveh Plain