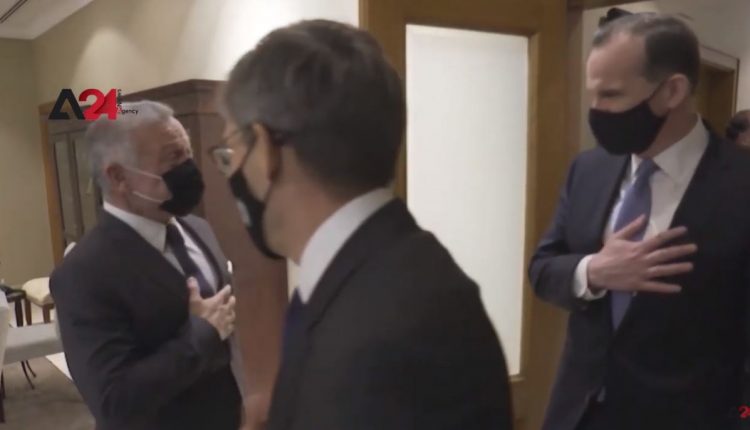 Jordan: King Abdullah II Receives a High-Profile Delegation from the Congress and the White House

His Majesty King Abdullah II received a high-profile US delegation chaired by Democratic Senator Chris Murphy. The delegation included the National Security Council Coordinator for the Middle East and North Africa Brett McGurk, US Special Envoy for Yemen Tim Lenderking, and officials from the state and defense departments. During which, His Majesty reiterated the US support to Jordan. For their part, the delegation members underscored US unswerving support to Jordan’s decisions adopted to preserve Jordan’s security and stability

Iraq: A Handicrafts Exhibition for Visually-Impaired women, along With Donations for 50 Participating Families Location: Sulaymaniyah

Cambodia – Charity team aims to reduce hunger amid the lockdown

Jordan: Activists Stand in Solidarity with The Palestinian Nation in Jordan