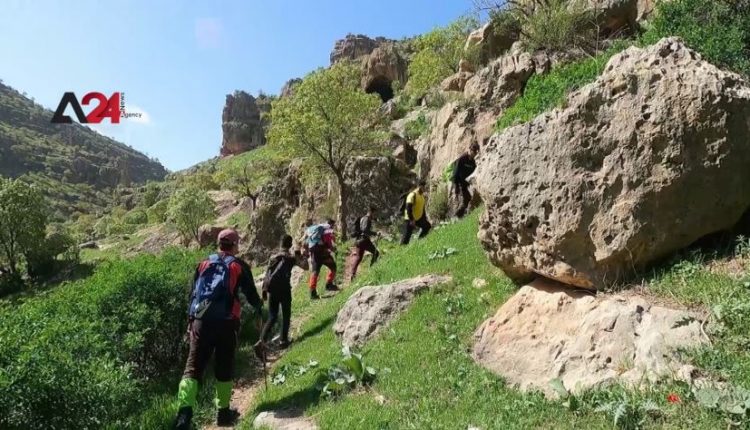 Travelers head towards the “Jasneh” cave, or the so-called “Sahara” cave, 50 kilometers away from the city of Sulaymaniyah, to spend an adventure-filled trip. According to one of the famous stories that most of the city’s residents know, is that the Kurdish leader, Mahmoud Barzanji, took refuge in the cave during the British forces’ shelling of the city in the twenties of the last century. He brought his printing press, which he held on the backs of the mules, to publish from that place the first issue of the newspaper (Voice of Truth). The cave has a long history, and according to estimates of the Department of Antiquities, it is a million years old, and it was called “Sahara” because of its similarity to the existing caves in the desert.