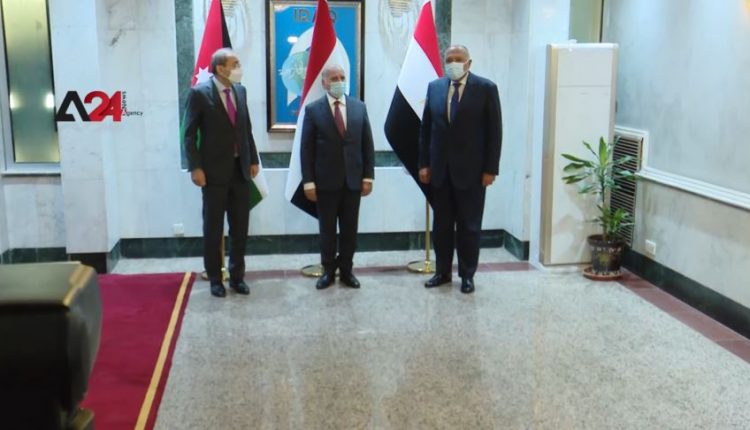 Iraq-Jordan, Egypt, and Iraq FMs Wrap up deliberations in Baghdad

Foreign ministers of Jordan, Iraq, and Egypt wrapped up preparations for the upcoming tripartite leadership meeting. Foreign Ministry Official Spokesman, Dr. Ahmed Al-Sahaf voiced his expectation that the tripartite summit, which will bring together the Iraqi Prime Minister Mustafa al-Kadhimi, Egyptian President Abdel-Fattah al-Sisi, and Jordanian King Abdullah, will be a major milestone for boosting cooperation that would chime with the aspirations of the three countries. Al-Sahaf illustrated that the new Mashreq project is an Iraqi strategic vision to boost its role in the regional and international interactions

Iraq: Demands to Abrogate Algiers Agreement between Baghdad and Tehran