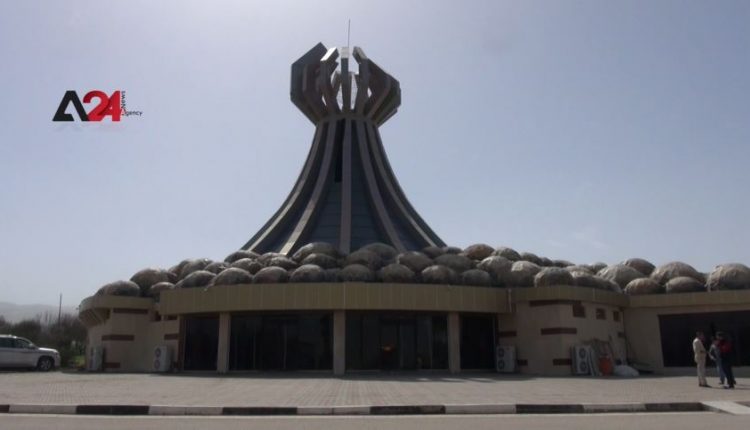 Iraq: Halabja’s Families Commemorate the Anniversary of the ” Chemical Massacre”

Hundreds of Iraqis commemorated the anniversary of the chemical attack on Halabja that was launched by the former regime forces during the presidency of Saddam Hussein in 1988. The ripple effects of the attack have never faded away; besides the injuries and casualties, at least 142 children went missing after they were transferred to Iran. The city still endures disastrous economic, social, and environmental repercussions. The chemical attack took place during the last days of the Iran–Iraq War. During which, the city was under the grip of the Iranian army. When the Iraqi army made advances, the Iranian troops retreated. The Iraqi forces launched chemical attacks on the city before storming it, killing at least 5 thousand Iraqi-Kurds

When you download this material, you are entitled to use it with ARAB24 logo within 3 months from the date of downloading it without using it commercially / renting it / re-selling / re-publishing / distributing it / without the written permission of ARAB24, the exclusive owner of the material.
Contact Our Sales Department for Video Without our Logo: Newsdesk@a24na.com
13
Share FacebookTwitterGoogle+ReddItWhatsAppPinterestEmailTelegramLINEViberPrintLinkedin