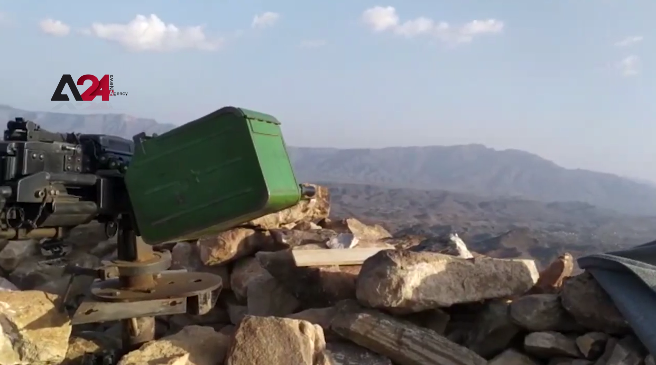 In the surroundings of the Republican Palace in Taiz, fierce battles flared up during the last few hours, as the legitimate government forces launched attacks on Houthi forces stationed in the eastern area of Taiz. The legitimate forces were able to storm the Palace surroundings but due to extensive landmines planted by Houthi militias, they were compelled to retreat