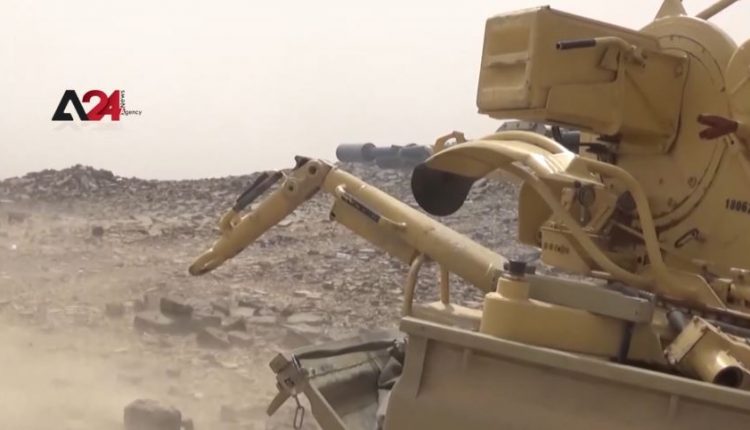 The forces of the legitimate Yemeni government took over Aljaddafr region located in the administrative boundaries between Raghwan directorate affiliated to Maʼrib governorate and Al Hazm directorate affiliated to Jawf governorate. Saudi-led coalition’s air force collaborated in the operation by launching 10 raids from Sirwah District and adjacent areas. This came after the legitimate government forces wagged massive attacks on Houthi forces in the eastern and southeast fronts of Al-Jawf governorate.  Capturing  Aljaddafr  region relieved the pressure on the military forces in Maʼrib especially that it  was subjected to fierce attacks by the Houthi militias that aim at capturing the governorate  to seize upon its wealth recourses

1 file(s) 134.89 MB
Download
When you download this material, you are entitled to use it with ARAB24 logo within 3 months from the date of downloading it without using it commercially / renting it / re-selling / re-publishing / distributing it / without the written permission of ARAB24, the exclusive owner of the material.
Contact Our Sales Department for Video Without our Logo: Newsdesk@a24na.com
56
Share FacebookTwitterGoogle+ReddItWhatsAppPinterestEmailTelegramLINEViberPrintLinkedin

Yemen: Ramadan Decorations and Fanouses Light up the Murky Nights of Aden