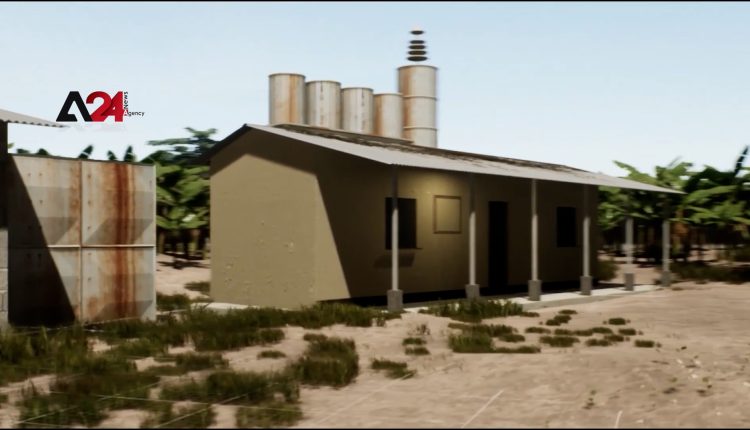 A Visual investigation by the Colombian Truth Commission and the British research agency Forensic Architecture reveals details of the forced disappearance in the retaking of the Palace of Justice, the dispossession and massacres in Urabá and the Nukak indigenous people.

The Truth commission and Forensic Architecture have organized an exhibition dubbed “Traces of disappearance” at the Miguel Urrutia Art Museum (MAMU) in Bogotá to show the findings of the investigation.

The investigation contributes to rigorously assembling the puzzle of what happened on November 6th and 7th, 1985 in Bogotá, when the M19 guerrilla took over the Palace of Justice, seat of the high courts of the country, and the Army led a bloody retake with tanks and fire. The result was more than 90 dead and at least 11 people missing.

Folco Zaffalon, a spokesman for the Truth Commission, explained that the Commission used digital modelling, video and image analysis, photogrammetry, and remote sensing technologies to process and synchronize more than 100 hours of video footage, hundreds of testimonies and a wide multiplicity of other sources to explain the armed conflict, human rights violations and environmental impacts resulting into a one of a kind exhibition.

He said biologists, architects, artists, historians, journalists, alliances with civil organizations, prosecutors, experts; the villagers themselves who are the experts and the relatives of the victims of the Palace of Justice took part in this investigation.

This exhibition will be open to the public until June 18th, 2022 as a large number of visitors are expected to visit it.

“For the Truth Commission, this project as well as others made by the Commission, according to the Peace Agreement… the victims are the core center of the work. This means many aspects that we took into account, such as starting from the capacity of talking in the field about these issues with the victims, with the villagers, with the people who have suffered the violence.”

“Biologists, architects, artists, historians, journalists, alliances with civil organizations, prosecutors, experts, the villagers themselves who are the experts, the relatives of the victims of the Palace of Justice… took part of this investigation, they are the ones who allowed us to research. That combination of actors makes it a pretty unique type of investigation.”

“What was achieved is the possibility to clarify some of what we have called “black boxes”, that is those parts of the history that until now were hidden… there are others that are still hidden and that demonstrates a history of impunity”

“The concept of ‘open construction’ means that this is as far as we can go, and invites other actors, researchers, academics, civil society organizations, the victims themselves… to use the results of this research as their own. Keep investigating, delving into both these cases and others where the dynamics and patterns of violence are similar.”

“I believe that with this form of research, this form of exhibition, we can take a step forward. And above all, what I liked the most was this room at the end of the exhibition because everything is very strong, very negative, very sad… but when you leave you are given a place of hope. A message of resistance, of getting ahead, and I find this space very nice… where everyone can share, write something, where one can read and can see the entire community of people who want to move forward with Colombia and all the people who have hope in the country.”

Yemen – Despite the truce, sixty-year-old woman targeted by Houthi sniper in Taiz

Colombia- Colombians to vote in presidential elections amid high security.