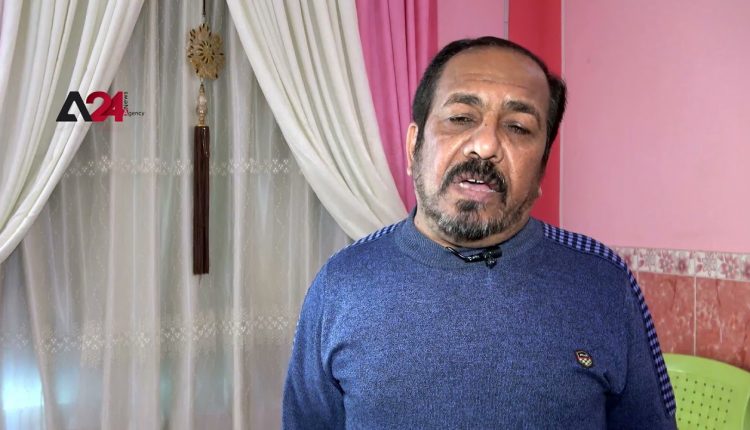 Former Iraqi army officers state that the journey of the Ameer Al-Mawla while serving in the Iraqi army, qualified him to lead ISIS. Muhammad Salam A former officer in the Iraqi army, stated that “Al-Mawla,” a Mosul College of Islamic Sciences graduate, joined the Iraqi army, was a firm and strong officer, and enjoyed violence in his military career, especially on ethnic minorities such as the Yezidi, pointing out that after the detention of “Al-Mawla” in Bucca prison, he confessed about many leaders of Al-Qaeda in Iraq organization, thus they were arrested.

1 file(s) 570.82 MB
Download
When you download this material, you are entitled to use it with ARAB24 logo within 3 months from the date of downloading it without using it commercially / renting it / re-selling / re-publishing / distributing it / without the written permission of ARAB24, the exclusive owner of the material.
Contact Our Sales Department for Video Without our Logo: Newsdesk@a24na.com
12
Share FacebookTwitterGoogle+ReddItWhatsAppPinterestEmailTelegramLINEViberPrintLinkedin

Tunisia – Political attempts to clamp down on the Tunisian media