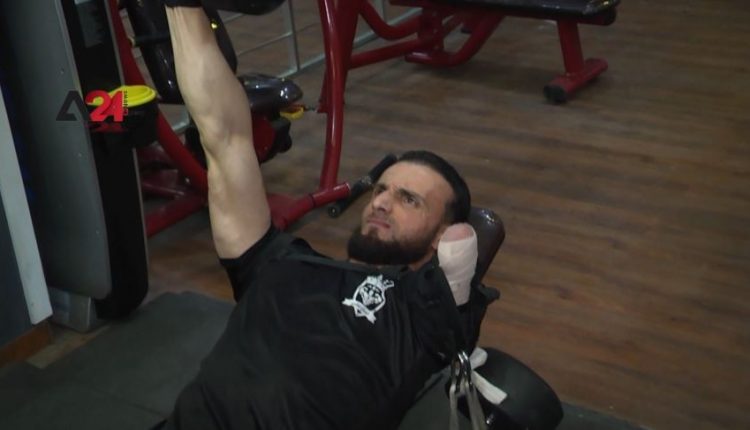 Palestine – With his amputated arm, he challenges the disability, “Al-Daour” from medic to athlete

Thirteen years were enough to turn the medic Nidal Al-Daour into a bodybuilding champion in Gaza, however, in 2008 he lost his hand while working as a former ambulance driver in the Palestinian Civil Defense. “Al-Daour,” says the idea for a bodybuilding gym popped up because of his strong desire to exercise regularly and daily, to avoid muscle atrophy in his body due to lack of activity after his arm was amputated. Since his injury, he has had three wishes, the first and the second have been fulfilled, which are to establish a gym and to serve the community in general and people with disabilities in this sport in particular, while the last wish is to install a prosthesis that enables him to practice sports with both hands.

Palestine: Iman Abu Rida is a Mail Shop Owner Who