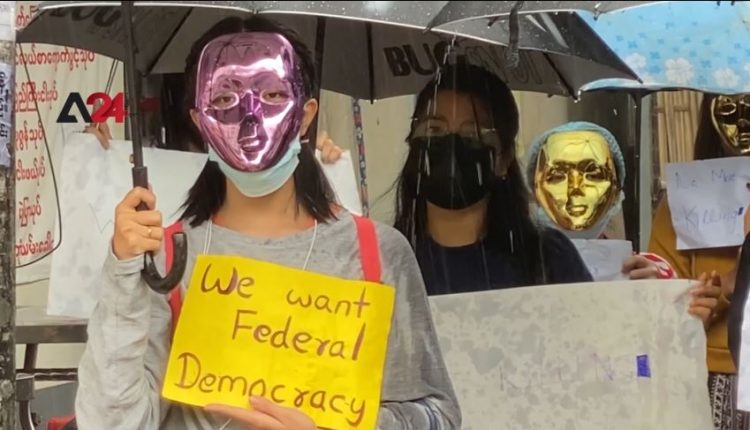 Tens of Burmese have protested today, Monday, in Yangon city against the military junta, carrying umbrellas printed with three fingers, which is the logo that the activists took as a slogan for their movement, and they put on masks to conceal their identity not to be arrested by the security forces of the Military junta. The protestors raised banners calling for the application of democracy and chanted against the junta.

Myanmar – Tattoo, a way to express the revolution against the military junta