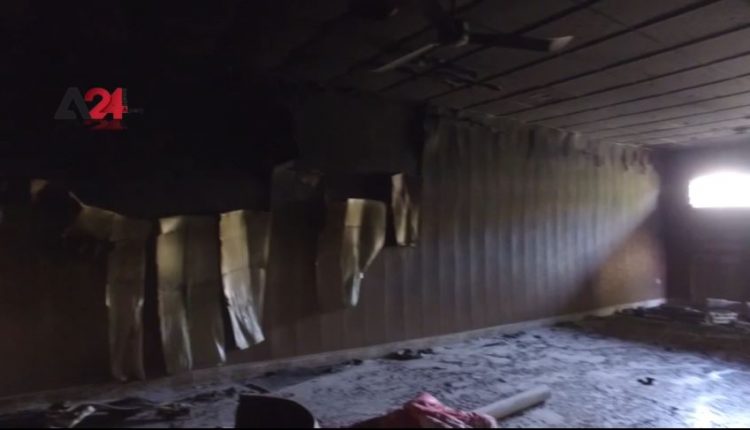 Iraq-ISIS’s Successor is A Hostile and Confrontational Figure

Despite eliminating ISIS two years ago, its peril is still looming as it adopted new strategies to regain power. Military expert, Brigadier General Aiad Al Tufan illustrated that after the death of ISIS leader Abu Bakr al-Baghdadi, he was succeeded by the strict leader, Amir al-Mawli, who assumed power in mysterious circumstances. Tufan highlighted the new leader’s well-established grid, adding that after liberating Al-Baghuz in March and by the end of February 2021, ISIS launched 5665 military operations in 30 towns. ISIS’s success can be attributed to the hit and run mechanism it has followed lately

1 file(s) 545.40 MB
Download
When you download this material, you are entitled to use it with ARAB24 logo within 3 months from the date of downloading it without using it commercially / renting it / re-selling / re-publishing / distributing it / without the written permission of ARAB24, the exclusive owner of the material.
Contact Our Sales Department for Video Without our Logo: Newsdesk@a24na.com
17
Share FacebookTwitterGoogle+ReddItWhatsAppPinterestEmailTelegramLINEViberPrintLinkedin

Yemen – Haid Al-Jazeel, a Yemeni town on a giant rock