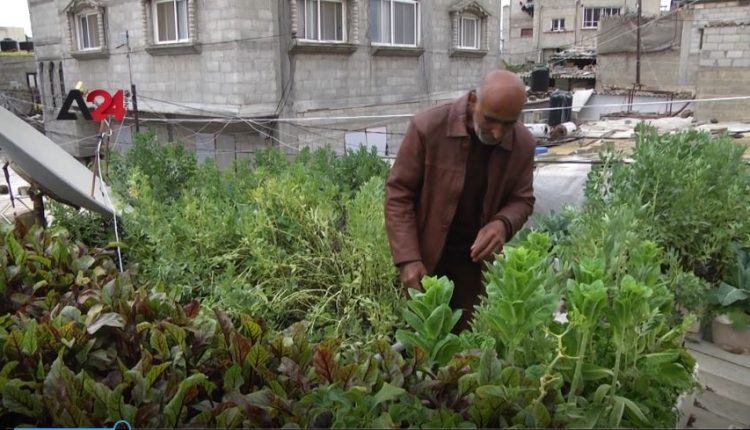 Palestine: Planting on Roofs Is Poor’s’ Salvation in Gaza

In Gaza Strip, more than two million people live in an area of 365 square kilometers marking the highest population density in the world. The urban sprawl has taken over thousands of agricultural fields threatening food security and forcing the region into importing from abroad. However, Hajj Tayseer Abu Dan decided to rely on himself, by turning the roof of his small house into a vegetable garden in the Gaza Strip. He made his living through this crop yield. He sees that his project in Gaza set an example for others to plant their roofs especially in light of the scarcity of agricultural fields, not to mention the abject poverty that people endure. Urban agriculture is to utilize any free space for food production, by investing available resources in cities especially spaces located between buildings and on roofs of hospitals and schools, and roadsides. It may entail other activities such as breeding poultry, domestic animals, fish, and others.

Iraq – Iranian opposition: The rigidity of the Iranian regime excludes hopes to return to the nuclear deal