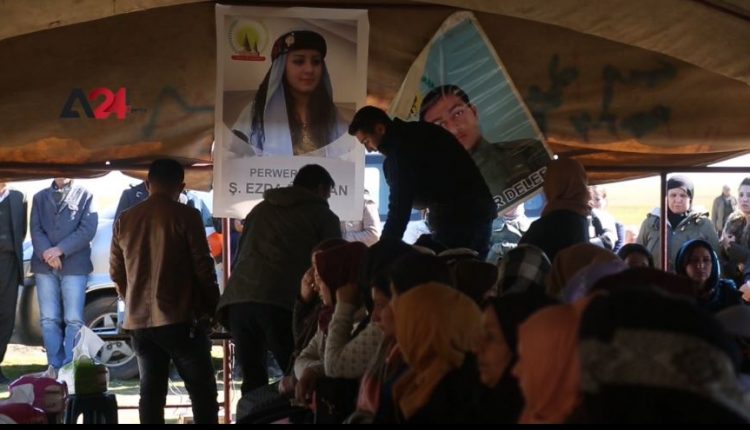 Recalling the commemoration of the 104 Yazidis remains relocation from the Kaju village to the mass graves, the Yazidi House, northeastern Syria, held a festival to commemorate that traumatic memory recalling the crime that ISIS committed against the villagers, 35 kilometers away from Sinjar, where ISIS surrounded the villagers, took their money, then gathered them, divided the men from the women, and killed the men along with a few women. The main death toll was for men and they abducted 1206 in an unknown area. It should be remembered that the number of Yazidis abducted by ISIS crossed 1,607 people, 710 of them were released over a long time, while the rest is still being looked for, according to the Yazidi House.